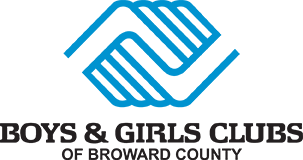 Presented by Alligator Alley Harley-Davidson THE TOY RUN, a motorcycle ride in South Florida that attracts thousands of motorcyclists will take place on Sunday, December 8th with proceeds going to Joe DiMaggio Children’s Hospital and The Boys & Girls Clubs of Broward County.

Led by the world’s largest police-escorted motorcycle ride on I-95 and I-595. Motorcyclists participating donate $20 (with an unwrapped toy) and $30 (without a toy) to ride from The Big Easy Casino (located at 831 North Federal Hwy. in Hallandale Beach) – with arrivals begin at 6:30am and ride begins at 9:30am – to Markham Park (16001 W. SR 84) in Sunrise. Motorcyclists ride approximately 20 miles to Broward County Markham Park as it takes approximately three hours to for all the motorcycles to reach the ride destination. Gates open at 9:00am for those who prefer to ride or drive directly to Markham Park. Proceeds go to the Joe DiMaggio Children’s Hospital and The Boys & Girls Clubs of Broward County. All toys are donated to thousands of children throughout South Florida.

The event which features entertainment includes Tony Steven’s Slow Ride Original Foghat, South Florida favorite band, Mr. Nice Guy, Majesty of Rock, Big Rock Band and more… plus a car show, vendors, food and more. The event also offers fun for the whole family such as kids face painting, rock climbing wall, water slides, bounce houses and over 100 vendors selling everything from leather goods to jewelry plus a food court with a variety of foods for everyone and a huge bike show and entertainment throughout the day. The Toy Run grows larger and larger each year, not only for the participants, but for everyone involved in the organization. Motorcycle enthusiasts from everywhere attend from New York to California. All of the success goes to the bikers themselves, and generous corporate sponsors and volunteers.